From the mountain to the sea, discover Vietnam’s colorful ethnic tribes hidden amidst the magnificent valley, picturesque mountains, and rice terraces of the north in Sapa. Truly experience the colorful cultures and lifestyles of the ethnic minorities by visiting the untouched remote village of Cat Cat, Lao Chai and Ta Van, to cruise around the limestone peaks of picturesque Ha Long Bay and overnight cruise. 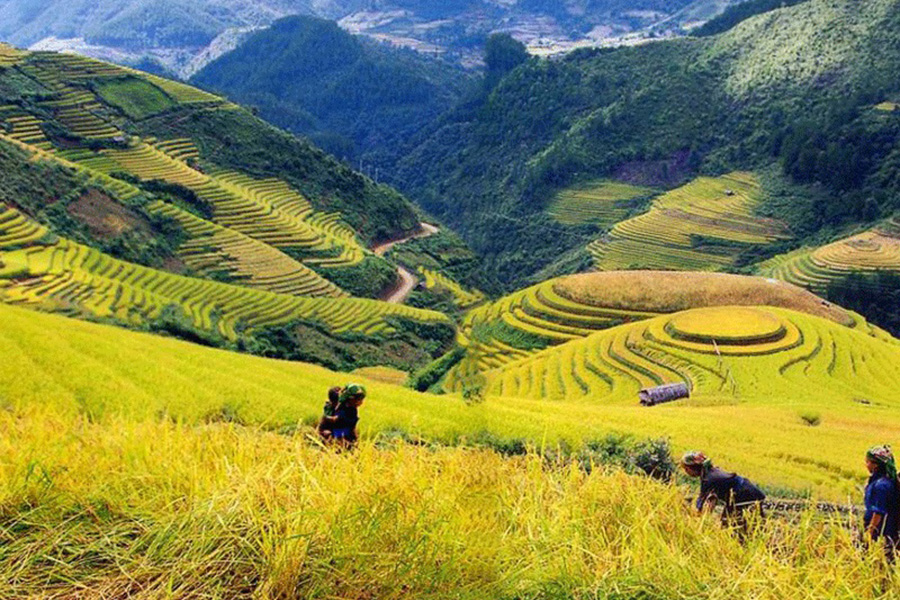 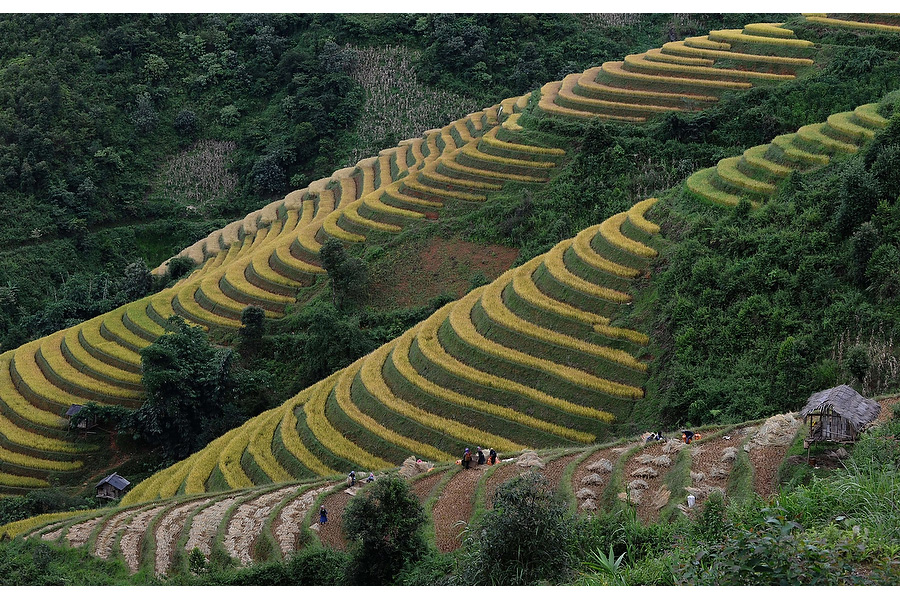 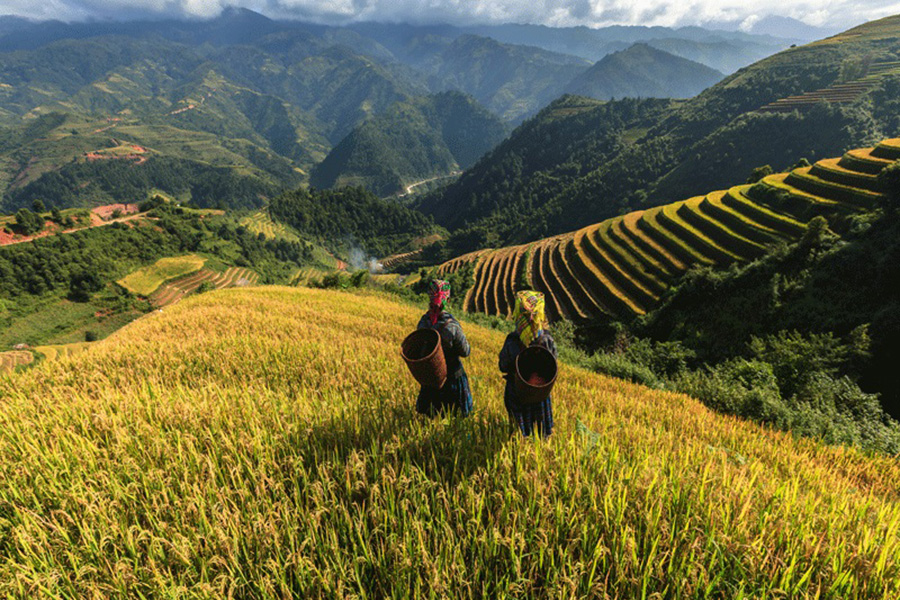 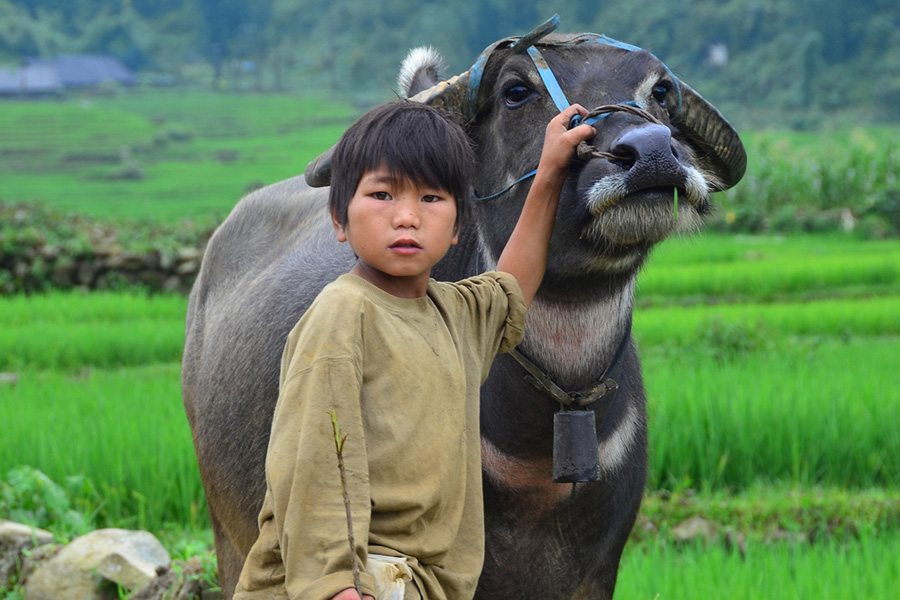 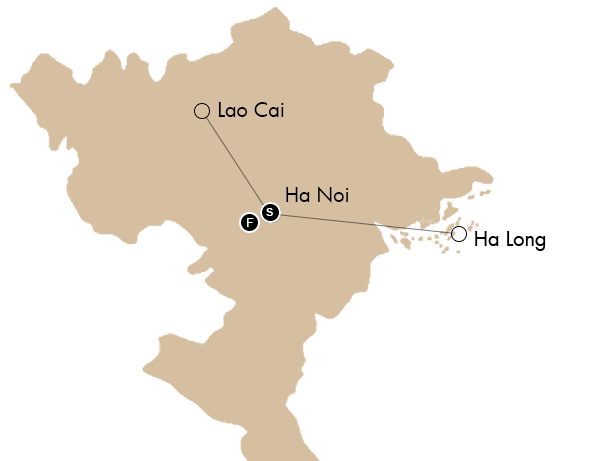 Upon arrival at Noi Bai airport, you will be welcomed by your guide and transferred to hotel for check in. The rest of the day is at your leisure to explore the capital of Vietnam, a city that celebrated 1.000 years in 2010 has countless fascinating cultural and historic sites with tree-lined boulevards, French Indochinese architecture and tranquil lakes of this unique city.

This morning will start with a first stop at the Temple of Literature, built in the 11th century as Vietnam’s first university before we proceed to the One Pillar pagoda, built by Emperor Ly Thai Tong who ruled from 1028 to 1054, as one of Vietnam's two most iconic temples. Then, we continue to visit the Ho Chi Minh's Mausoleum, the rest place of the greatest hero of Vietnam – Uncle Ho, the one was admired by millions of people in Vietnam and other countries in the world, and the former presidents house on stilts where he lived from 1958 to 1969. His former home illustrates the modesty of this Vietnamese revolutionary (View from outside; closed Mon and Fri and from Oct-Nov).
In the afternoon, visit the Vietnam Museum of Ethnology, contains more than 10,000 objects, 15,000 black and white photos, hundreds of video tapes and cassettes which depict all aspects of life, activities, customs, and habits of the 54 ethnic groups of Vietnam. Then heading to the bustling Old Quarter for a walking tour, the quarter consists mainly of 36 Old Streets divided and named according to their craft guides in the past, and remain most of that working system until now, it’s the great place to take some great photos, explore thousands of small businesses and shopkeepers, learn about its rich cultural, artistic, culinary history and shopping.

Note: an alternative to the Vietnam Museum of Ethnology, visit the highly acclaimed Vietnam Women’s Museum (closed Monday) where displays women’s role in Vietnamese society and culture, the memories of the wartime contribution by individual heroic women that are most poignant. It’s also showcase a stunning collection of propaganda posters, as well as costumes, tribal basket-ware and fabric motifs from Vietnam’s ethnic minority groups.

After dinner taking the overnight sleeper train to Lao Cai, overnight on the train.

Arrive Lao Cai in the early morning and transfer along terraced hillsides to Sapa Town, the charming mountain town, surrounded by picturesque mountains, rice terraces, and home to some of Vietnam's most colorful ethnic minority groups. On the way enjoy panoramic views of mountains and valleys in the region. After breakfast, take a morning walking tour of Sapa with a first visit to the busy market where Red Dao, Black H’Mong, Tay and other ethnic minority people converge from the surrounding countryside to sell their silverware and handicrafts, and to buy provisions before taking a light trek along a narrow trail through beautiful gardens to Cat Cat Village, the home of H'mong ethnic, where you have a chance to visit and meet with local one to share cultural experiences with them to understand more on the daily life of these tribes as well as their culture and traditions and see the hydroelectric power station was built by the French, a picnic lunch will be served en-route. Rest of the afternoon and evening at leisure.

Today, we start a full day tour by driving 7km towards to Lao Chai village, home to some of ethnic minorities of the H'Mong, Giay, and Red Dao with approximately 1000 people. We then embark on a lovely trek that will take you along local paths and trails through the valleys between mountains, enjoy the overall pictures of the village and terraced rice field. This is an absolutely spectacular walk through stunning scenery inhabited by some of the friendliest people you can meet and share cultural experiences with them to understand more on the daily life of these tribes as well as their culture and traditions. Continue going to Ta Van Village to visit the Dzay tribe with a rich culture and beautiful houses located on rice paddy fields, the fairly small minority group of about 38.000 people who live mainly in Vietnam’s northwest mountains, where you can meet Dzay ethnic with different customs from Hmong ethnic before driving back Lao Cai in the late afternoon then getting the night train to Hanoi.

An early arrival in Hanoi we then proceed to the famous Quang Ba Flower Market where you will witness one of the most frantic and colorful markets in the world and take some great photos Afterwards we take a stroll to Truc Bach Lake where you will witness locals doing their morning Tai Chi and other exercises as the sun comes up followed by breakfast in a local restaurant before heading to the stunningly beautiful UNESCO World Heritage Site of Ha Long Bay. Arrive at your jetty in Ha Long City towards noon then board your traditional wooden junk boat, a lunch will be served while cruising towards the bay and pass by the emerald waters soaking up the panoramic vista of the thousand or so karst limestone islands that stud the bay.

In the afternoon, enjoy some visits and/or activities (depending on each boat’s itinerary) or just spend some time relaxing on board. Towards the end of the day the boat sets anchor for the night among the karst formations. Dinner is served on board.

Enjoy the sunrise over the Bay and explore the Surprise Cave (Sung Sot). Your breakfast is served (brunch on some boats) while the vessels cruises slowly through the magnificent rock formations and back towards port. Disembark and transfer to Hanoi, the rest of the day is at leisure. 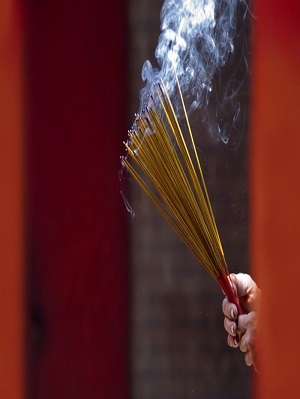 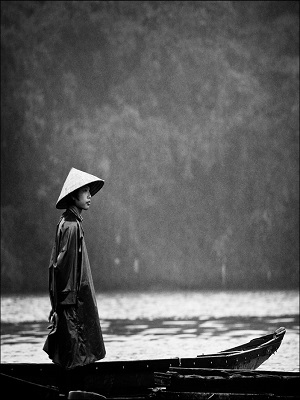 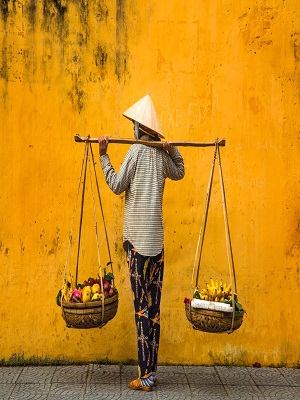 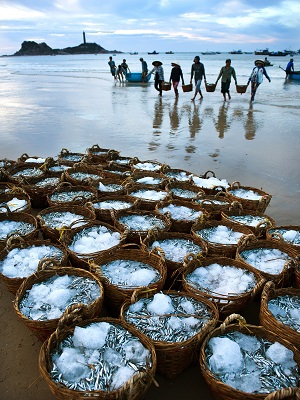 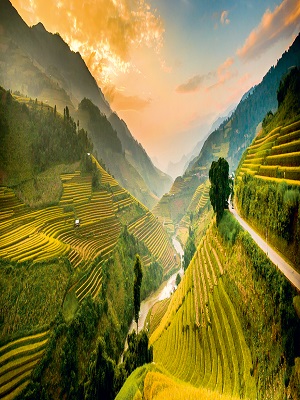 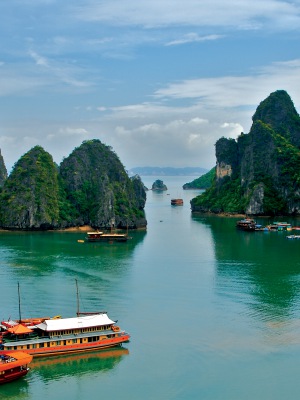 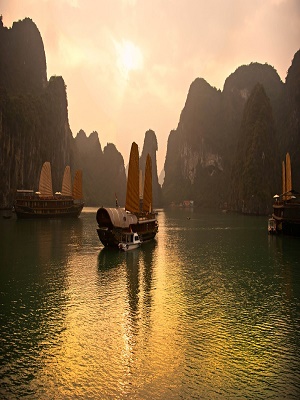 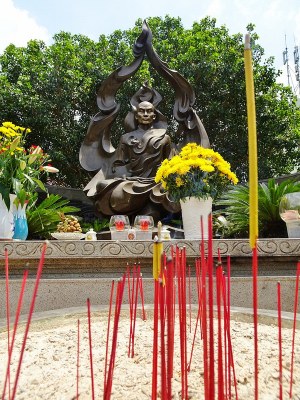 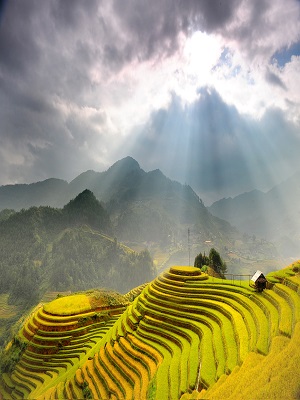 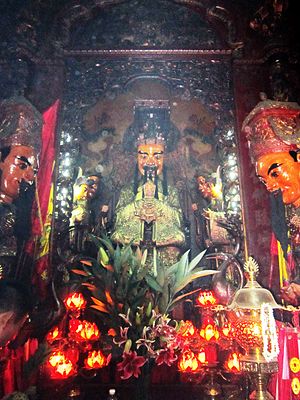 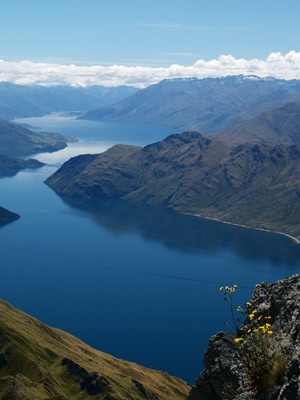 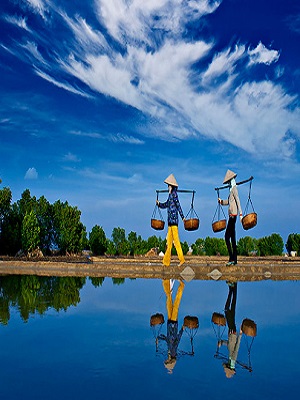 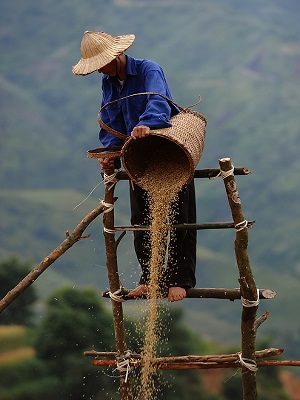 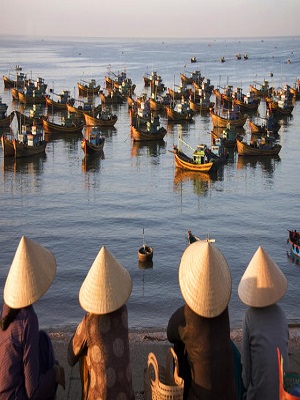 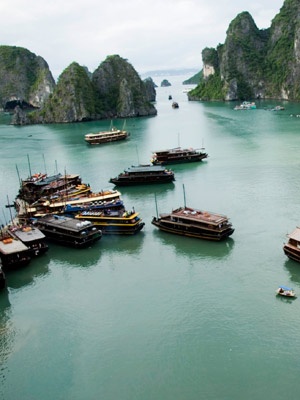 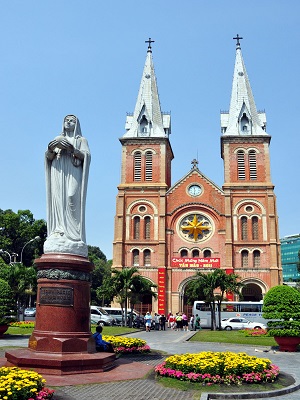 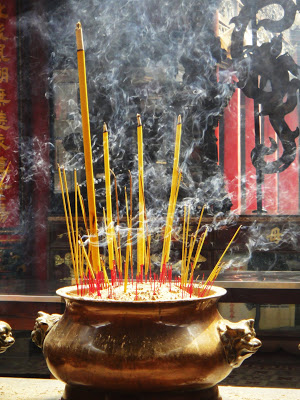 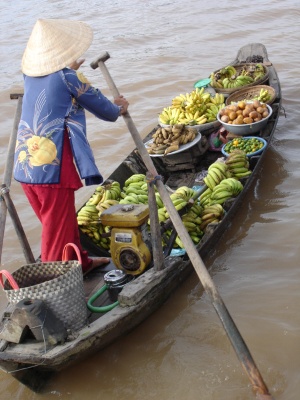